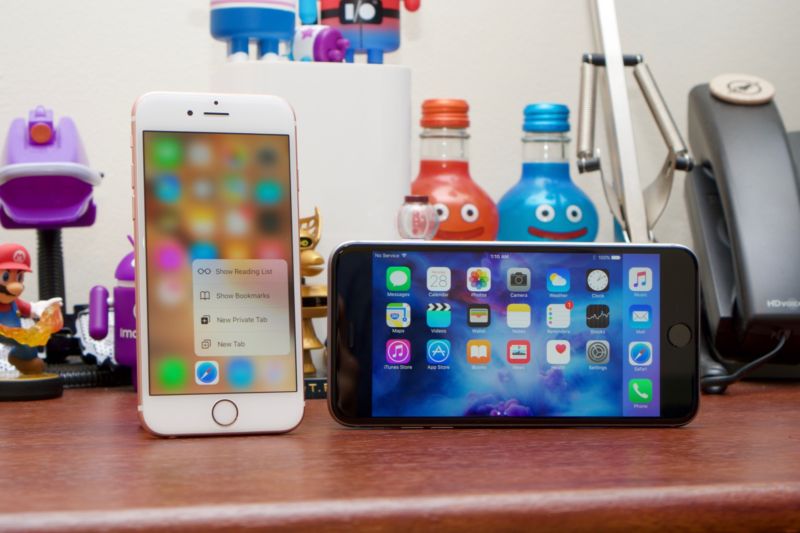 A couple of months ago, Apple acknowledged that some iPhone users were experiencing unexpected shutdowns—their phones would turn off before the battery was fully discharged and could only be turned back on if plugged in. These problems primarily affect the iPhone 6 and 6 Plus and 6S and 6S Plus.

Apple released some fixes in iOS 10.2.1 in late January, though the company didn’t specifically mention battery or shutdown issues in the release notes. But now that the update has been out for a while, Apple told TechCrunch that it had fixed 80 percent of the issues for iPhone 6S users and 70 percent for iPhone 6 users. Apple says iOS 10.2.1 has been installed on about half of all compatible iDevices, so if you have one of the affected phones and you’ve noticed problems, fire up your updaters now.

The report says that the problems were caused primarily by older batteries—spikes in power draw could make these batteries “deliver power in an uneven manner,” triggering a shutdown. For the 20 percent of iPhone 6S users whose problems haven’t been fixed by the update, Apple says that they should now at least be able to turn their phones back on without plugging them in if their batteries still have a charge; iPhone 6 users should get a similar fix in a future iOS update. Newer batteries are also more resistant to the problem, so a battery replacement might be a good idea.

If you have a 6S that is still having unexpected shutdown problems, you may want to check out the iPhone 6S battery replacement program that Apple announced late last year. Some phones manufactured in September and October of 2015 used batteries that Apple says were exposed to too much “controlled ambient air,” which is “not a safety issue” à la the Galaxy Note 7 situation but can cause the phone to shut off before the battery is fully discharged.