Rebooted Nokia 3310 steals the show at exhibition of mobile tech 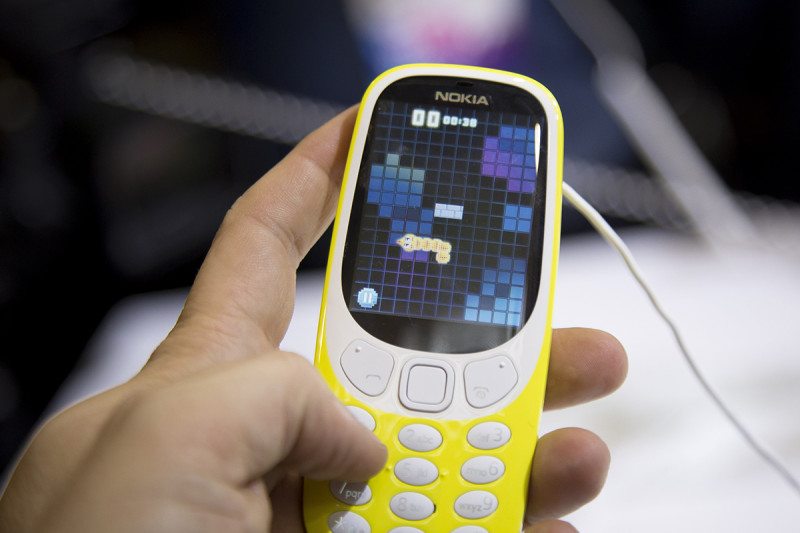 A VENERABLE mobile phone saw its reputation for survival further enhanced this week. Nokia’s reboot of its 3310 model, first released way back in 2000, was the star of annual tech event Mobile World Congress in Barcelona, Spain.

The updated model has a colour screen and camera, but still offers classic game Snake. Whether it proves as indestructible as its predecessor remains to be seen.

“The updated Nokia 3310 has a colour screen and camera, but still offers classic game Snake “

The event also saw the latest smartphones unveiled, such as Sony’s Xperia XZ Premium, the first handset to feature a high-resolution 4K HDR screen. The phone’s camera can film at 960 frames per second, allowing you to play videos back in super-slow motion.

Other highlights of the show included robot assistants that could make coffee, give directions and play drum solos, and Bluetooth headsets ready to bring AI assistants like Siri to your ear.

Meanwhile, a fleet of driverless cars were parked around the auditorium, including racing championship Roborace’s first self-driving race car. And connected “internet of things” devices were everywhere, from delivery trucks to hard hats, pallets, wine bottles and even mousetraps.

No surprise, then, that the development of a 5G mobile network needed to support such a data-hungry future was a key focus of the event.

« Amazon’s Alexa wants to talk to you about her startup accelerator
5G, which promises blistering download speeds, is coming soon »